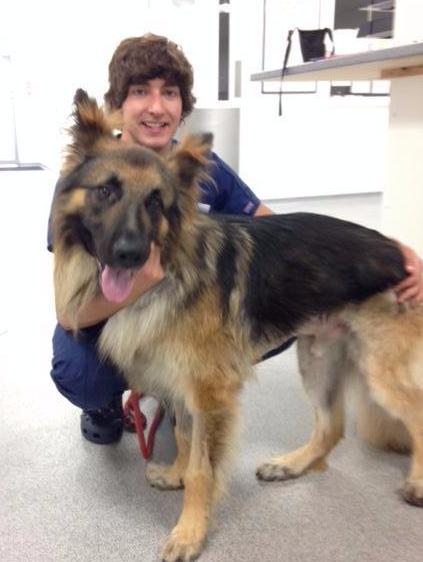 This is Buboy, a 2-year-old German Shepherd who was brought into The Vet because his owners were worried he hadn’t been acting himself for the past couple of days; he had also vomited a few times and had loose faeces. 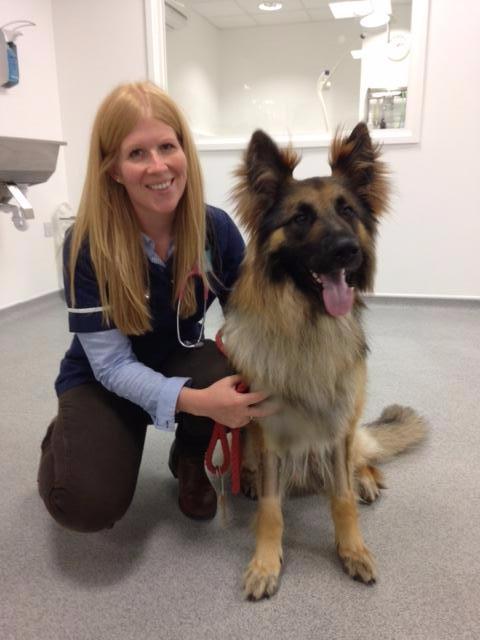 Buboy’s stomach seemed to be tender so he was x-rayed and the results clearly showed a mass near his stomach and liver. He also had a very high temperature so was admitted for further investigation including blood tests and antibiotics with fluids.

With treatment, the mass reduced in size, however Buboy still seemed quiet and in pain and generally not his usual self. So the decision was made to take him into surgery to explore the mass further.

The mass turned out to be a large quantity of dead tissue caused by an infection from a small grass seed which had started off in Buboy’s stomach and migrated along his body towards his groin area. We removed the grass seed and flushed the area which removed the mass. To help him heal, Buboy was given more antibiotics and Manuka honey was used on the wound.

The very next morning, Buboy’s temperature was back to normal and he was immediately brighter; it took a further 12 days for the wound to clear of infection and in our final checks it is a struggle to even keep him still because he is as lively as ever and has made a full recovery!