Brandy is an adorable 9-year-old Staffordshire Bull Terrier who became terribly poorly after a very severe womb infection called pyometra.  Pyometra is a secondary infection of the uterus which is a result of hormonal changes in the female reproductive system condition where the womb gets progressively filled with pus.

Brandy being such a brave little girl who hid her pain/discomfort too well (and probably because the disease progressed very quickly) did not show any symptoms until her womb had actually ruptured in her tummy and the infection was quite far spread in her body. So, she arrived to us, very poorly, not willing to eat, sick and very lethargic. We diagnosed her with pyometra and explained that it was ruptured already but we had a chance to save her if we were to perform an emergency surgery to remove the infected uterus and ovaries and to flush out as much infection as we could. Her very loving and devoted owners did not think twice and decided to try everything possible to save this much cherished fur baby!

Brandy was then taken to surgery which went well.  However, during the procedure, we could see that the infection had already spread. Brandy really struggled to recover from this first operation, she would not eat, and she was bringing up all her food and water despite the antibiotics, anti-sickness and gastric protectants that we were giving her.  Due to this sickness we had to put a tube in her nose to give her liquid food. After a week of intensive care, she seemed to have turned a corner.

Brandy was with us during the day and then going home to her family at night.

Two days after her first discharge she appeared to be deteriorating.  We performed an ultrasound which showed some blockage in her digestive system due to adhesions. These are the scars that the body makes to try and keep infection in a little compartment. In Brandy’s case, these scars had attached different organs together and they were strangling her guts so nothing could move properly.

After explaining Brandy’s prognosis to her family, the only real option was to do a second surgery to remove the adhesions, failing this we had to consider euthanasia.  Brandy had already lost a lot of weight, she had been poorly for more than a week and she had struggled to recover form first surgery, so it was a very difficult decision to make. Again, her owners decided to try and give every chance to recover if there was some of hope, they did not want to let her go.  So, she underwent another surgery where all the adhesions were removed, and another abdominal flush was done.

After a couple of days, Brandy is on the mend and nearly back to her usual lovely self, asking for cuddles and kisses, wolfing her food down. She has already put some weight back on.

After all she and her family have been through, the team are absolutely delighted with Brandy’s progress and we are celebrating her recovery.

We felt it important to share Brandy’s bumpy journey because we need you to be aware of pyometra and how life-threatening it is to your loved pets.

Pyometra is preventable. If you get your female dog neutered it completely removes the risk of this horrible disease.

Brandy had to go through two surgeries, was in hospital for more than a week, her owners have also been through a huge amount of distress and upset as well as having to pay for Brandy’s care…their only regret is that if they had known about pyometra, they would have her neutered years ago! 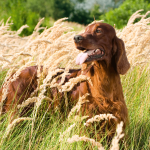 Protecting your dog from grass seeds 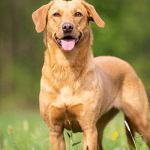 Supporting you when it’s time to say goodbye to your pet
Instagram
Priceless love. Great value plan from £15 a month