We have detected that JavaScript is disabled. Here are instructions on how to enable JavaScript in your web browser.
Skip to content Skip to main menu
RegisterBook Online
Delivering leading pet health, with fair and value pricing, when you need us.
The Vet Waltham Forest Veterinary Surgeons and Nurses

Our Waltham Forest veterinary team understands how much your pet means to you. Their knowledge and experience ensures that your pet is always in good hands. 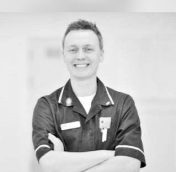 Anton is a Qualified Veterinary Nurse who graduated in Russia in 2005 and was the first Russian registered nurse in the UK! Anton is local to the practice and has been working at The Vet in Waltham Forest since the branch first opened in 2015. He holds a Post Graduate degree in Veterinary Business and Management, and is passionate about clinical coaching to prospective nurses. Anton truly loves working with animals and is also our Hills Nutritional and Weight Loss adviser!

When he is not caring for patients he can be found visiting the UKs most decadent theatres and museums, or travelling within Europe. Whilst Anton has no pets, he is an avid plant collector and enjoys a spot of gardening in his allotment. 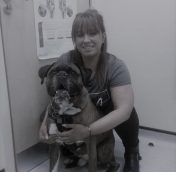 Since a young age Stevie has always had a keen interest in animals. From the age of 3 she started horse riding lessons and 22 years later she still rides nearly every day. She has a diploma with distinction in Equine Psychology and she currently is studying her GCSE Maths to enable he to later study to become a Veterinary Nurse. Stevie has many animals including Cody, the boxer (her favourite pet), three hand reared cats, Arniemo, Bertie and Boudica and two horses Belle and Arrow. Together with her partner they have 22 animals!

Sarah was born in London and has lived there for most her life. She has a 4-year-old daughter, 2 rescue cats and a very naughty main coon called Bear. Her interests include swimming at the Olympic pool and cooking up new recipes in the kitchen Sarah hopes one day to make her dream a reality of becoming a veterinary nurse.

Megan has been a qualified veterinary nurse since 2011. Since Megan has qualified she has worked within the UK and has volunteered abroad for various animal charities.

Megan has 1 cat called Tabitha (who she was only meant to foster for 1 month but still has her over 3 years later!). Megan has a special interest in animal behaviour and in her spare time she likes to explore all that London has to offer.

Tim qualified at Murdoch University in Perth, Western Australia, in 2014. He spent his first few years in practice working in, and then managing, a busy mixed animal practice in Karratha – situated in the far north west of Western Australia. After three years of wildly diverse experience in this amazing part of the world, he and his wife made the decision to move to London, where Tim spent a year working in small animal practices around the UK. Tim considers himself a generalist and loves all aspects of small animal practice – from emergency surgery to behavioural medicine. When not working Tim loves to travel, write music, volunteer, or simply relax with friends at home. He has always enjoyed having a diverse range of exotic and domestic pets, and currently keeps company with a three-legged cat named Henry who hails from the Aussie outback, and an East African Egg-Eating Snake named Noodle. 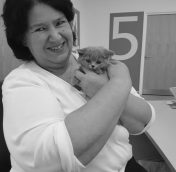 Sharon joined The Vet Waltham Forest in March 2019 having previously worked within the veterinary profession for almost 20 years in various roles. Her favourite role has always been reception as she loves being the first port of call for our clients.

In her spare time she enjoys reading, travelling and bird watching.

Since she can remember Coral has always had a passion for animals. Coral’s love for animals is broad and she has worked with small animals, wildlife and farm animals before becoming a Registered Veterinary Nurse. She started her Veterinary Nursing degree in 2016, of which her placement was at The Vet Waltham Forest (and she hasn’t left since) to then graduate in 2019. Coral thrives in emergency care and minor surgery, so much so that she is advancing her skill set by studying a Minor Surgery course. Coral is also a Feline Hypertension Ambassador through Ceva Animal Health and our Oral Care Nurse.

From the age of four Coral has practiced martial arts and currently holds a 2nd Grad Dan – two grades past a black belt!!! When she’s not in the midst of practising self-defence, she can be found sharing her expanding shoe collection to her 30k+ followers on instagram.

Coral has three short hair chihuahuas – Sonny who shes had since he was a puppy, and Buddy and Tank who are rescues!

Sam graduated from St John’s college Cambridge in 2015 with degrees in Veterinary Medicine and Genetics.  She began her career working with small animals in Brighton before travelling to Australia to work as a locum Vet.  She now lives back in London and joined the team at The Vet in 2019.  At home she has one dog, Humphrey, an energetic Labrador and volunteers for the charity Street Vet in her spare time.  Her hobbies include Tottenham Hotspur, dancing and scuba diving.

Jessica qualified as a vet from Girton College at the University of Cambridge in 2016. She began domestic pet work in Bury St Edmund’s in a busy hospital then took a 4 month break to travel around South America. Whilst travelling Jessica volunteered at a Wildlife Rehabilitation Centre in Ecuador, working in particular with several species of Monkey as well as Sloths, Exotic Birds and Kinkajous. Now settled back in the UK she have joined The Vet team full time. Jessica has two pet guinea pigs Myrtle and Meredith who in June 2019 had the honour of being the ring bearers at her wedding(!). In Jessica’s spare time she enjoys playing tennis for her local club and travelling.