We have detected that JavaScript is disabled. Here are instructions on how to enable JavaScript in your web browser.
Skip to content Skip to main menu
RegisterBook Online
Delivering leading pet health, with fair and value pricing, when you need us.
The Vet Nottingham Veterinary Surgeons and Nurses

Our veterinary team at The Vet Nottingham are experienced and knowledgable and with pets of their own, they understand exactly what your pet means to you. Use the calendar icons below to check the availability of your vet.

Originally from Warwickshire, Jennifer graduated from The Royal (Dick) Veterinary College in Edinburgh; prior to this she achieved a first class honours degree in Physiotherapy from the University of Southampton where she spent three years. Since graduating as a vet she has worked mainly in mixed practice gaining experience of multiple species. Her main areas of interest are internal medicine and surgery and she is planning to study further in order to gain certification as an advanced practitioner. For Jennifer, the best part of her job is getting to know both the owners and their animals. A keen rider, Jennifer shares a horse called Richochet with her Mum. She is also currently training for her first marathon which she finds a useful way to counteract her love of maltesers! She also enjoys cycling, dog walking, travelling and reading. Pets: Jennifer has a Border Collie called Mog (Naughty Margaret) a retired racing greyhound called William, a Dachshund called Enzo and a rescue cat called Radish. Collectively, she likes to refer to them as ‘The Zoo’.

Debbie qualified from Liverpool University in 1992, and for the first two years worked in mixed practice treating farm animals, pets and even a few zoo animals such as a camel with an abscess on its hump! The last 20 years have been spent in small animal practice in Nottingham where Debbie has developed an interest in ultrasonography and soft tissue surgery. When she is not working Debbie spends her spare time at the gym or walking in the peak district, reading and going to the cinema. Debbie’s real passion is world travel to meet first hand all the amazing creatures around the globe; from the Tiger Sanctuary in Thailand, to Whale watching in America, on safari in Africa, and snorkeling the Great Barrier Reef. Debbie currently doesn’t have any pets of her own but she does sponsor a brown bear cub in a bear orphanage in Canada.

Rebecca is currently studying Veterinary Nursing at Nottingham Trent. She decided she wanted to be a Veterinary Nurse after living in Australia for a year and a half and would eventually like to go to Africa to work with Elephants. She also has an extended diploma in animal care and animal management and has previously volunteered at vets and kennels, expanding her knowledge in animal care. In her spare time, she likes going to concerts, listening to music, walking her dog and spending time with friends. Rebecca only has the one dog who is a German Shepherd called Skye, who’s 1 and a half years old (the pup in her picture). 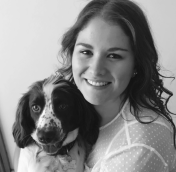 Laura has always loved animals having grown up with them from a young age. Laura qualified in 2016 with an FdSc in Veterinary Nursing from Nottingham Trent University. Following this, she topped up her qualification at Harper Adams University by completing her BSc (Hons) Veterinary Nursing and Practice Management in 2017. During this time Laura was able to achieve C-SQP status as well as her Veterinary Practice Administration Certificate. Her love for Veterinary Nursing is reflected in her keen desire to provide the best standard of care. Laura, whilst enjoying all aspects, is especially interested in anaesthesia, surgical nursing and behaviour. Laura currently has two gorgeous but crazy Springer Spaniels, Molly and Mabel. In her spare time she enjoys reading, socialising and horse riding.

Sue has loved animals all her life and has always been passionate about their welfare. From a very young age she owned several rabbits and has gone on to have cats, dogs, guinea pigs, gerbils, rats and horses as well. Until getting this job Sue volunteered at a local animal sanctuary and loved caring for all the animals. She hopes one day to fulfil her dream and be able to train to become a qualified veterinary nurse and is very excited to be working in a veterinary environment. At home Sue has a beautiful Weimaraner, Labrador cross called Nixie and a mischievous but very lovable rabbit called Herbie. In her spare time Sue enjoys being outdoors, gardening (pretty unsuccessfully), running and reading but loves nothing more than taking Nixie for long walks.

Rachel has always had a love for animals, shown by her monthly donation to Cats Protection & owning pets since an early age. She suspects this comes from her claim to fame of being a (very!) distant relative of Sir David Attenborough! Following completing her bachelors degree in her other area of interest, sport & exercise science, and working in the field since graduating in 2014, Rachel decided that this was not the industry she wanted to pursue a career in and sort after a route in Veterinary Nursing. This was reinforced when she was lucky enough to spend 2 weeks in Africa in 2015, including going on safari in the Maasai Mara. Rachel is very happy to be working at The Vet and looks forward to her future development in the field. In her spare time she helps look after her Aunt & Uncle’s two Golden Labs, Harley & Rosie. Aside from animals, her interests include running, reading, and going to the theatre. Rachel currently owns 1 mischievous black & white cat called Evie and another one named Nala, having previously owned 2 cats, 3 rabbits, several fish and a hamster.

Molly has always known that animals would be her career. Molly had an interest in Veterinary Nursing but during placements and study she discovered that her true passion is in behaviour and training. Molly is currently studying an FdSc Animal Science with a hope to progress to BSc Canine Training and Performance and then onto an MSc Clinical Animal Behaviour.